driving growth through
strategic relationships,
technological expertise,
and following our
philosophy of 1+1=11 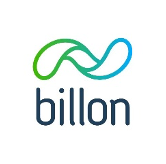 The DSA story is deeply inspired by my family—even our namesake reflects my children. I have always valued my relationships, and it’s my mission to make everyone joining our team feel as though they are a part of the DSA family.

Upon completing my degree from Babson College in the United States in 1991, I joined my family’s trading business, The Fems Group of Companies, founded by my father Mr. Dharamveer Madnani and Arjan Daryanani in Hong Kong. During this time, the intricacies of global trade showed me that people are the most important component in business—not companies.

My early career carried me around the world; from Africa and Latin America to the Middle East and Central and Eastern Europe, and after settling in Warsaw, Poland in 1994, I began my own trading venture. In 2005 I moved to Kuwait and joined a prominent merchant family AlBisher & AlKazemi as their Managing Director and developed their energy and infrastructure vertical. Soon after, I joined Dr. Jan Kulczyk in 2007 and became a founding Management Board member of Kulczyk Investments SA in Luxembourg. This eight-year journey was a representation of the globalization era of the Kulczyk family with investments made in Europe, Africa, the Middle East, Asia, and Latin America. The focus of the investments was primarily on infrastructure and natural resources, which significantly grew the investment portfolio, and the company expanded, offices were established in Dubai, London, and Kiev. One of my responsibilities was to mentor the next generation, and after some notable exits including the bulk of the natural resource investment portfolio in 2014, a planned transition with the Chairman took place to ensure a smooth handover to his son, Sebastian Kulczyk.

My passion and background are developing and maintaining authentic relationships. In 2015, that passion coupled with my constant inspiration of family led me to create a global asset management group reflecting my values and to positively impact the world for future generations. DSA is a global impact investment partner with various portfolio companies that provide solutions for humanity with a backbone of technology.

With consulting, support, the assembly and collaboration of ideas and people, DSA unlocks the intersection of doing the right thing, positive impact and added value for everything and everyone it touches, ensuring that 1+1 = 11.